Boppard is the Pearl of the Rhine. This old saying is reaffirmed
time and time again – and now with reference to the newest
Boppard Dream Loop, officially opened on 20th September
2015. The pivotal point of the Marienberg Dream Loop is the
park of the same name, and is centred on the most significant
monastery in the UNESCO World Heritage Upper Middle Rhine
Valley. It runs along the Bruder-Michels-Bach (Brother Michael's
Stream) and also the Mittelbach (Middle Stream), which flow
from high in the Hunsrück through narrow V-shaped valleys into
Boppard, through the Marienberger Park and into the Rhine.
Wonderful views of the castles, Liebenstein and Sterrenberg,
Marksburg and the Kurfürstliche Burg (Electoral Castle), as well
as the view of the greatest Rhine bend of all, featuring the exceptional
Bopparder Hamm vineyards, make the trek along the
Marienberg Dream Loop an unforgettable experience.
The tour starts and ends at the Marienberger Park, which is just
400m from the Marienberg car park. The hike takes you first of
all across the Orgelborn Meadow and along Brother Michael's
Stream to the deacidification plant, where you begin the ascent
via the 'Auf Kasseling' hill and across the Deutsche Alleenstraße
(German Nature Conservation Route), from where you make
your way through the neighbouring Mittelbachtal (Middle
Stream Valley) to the 'Pützblick' lookout. South of the district of
Buchenau the route goes through charming beech forests as far
as the Buchenau well complex, from where the tour loops round
into the 'Hintere Dick' nature reserve. After the nature reserve,
the Eisenbolz hill is next on the itinerary, at which point the
trail doesn't lead over the Eisenbolz plateau, but goes almost
under the edge of the ridge, through abandoned vineyards and
orchards with countless scenic views of the Rhine Valley. This
is the site of the Thonet Temple, which the sons of Boppard's
world-famous furniture designer, Michael Thonet, had erected
in his honour in 1879. So, too, did the famous 19th century tour
guide, Karl Baedeker, leave his mark on Boppard, as the 'Baedekers
Ruh' (Baedeker's Rest) lookout attests.
Certified by the German Hiking Institute, the Marienberg
Dream Loop achieved 88 adventure points. 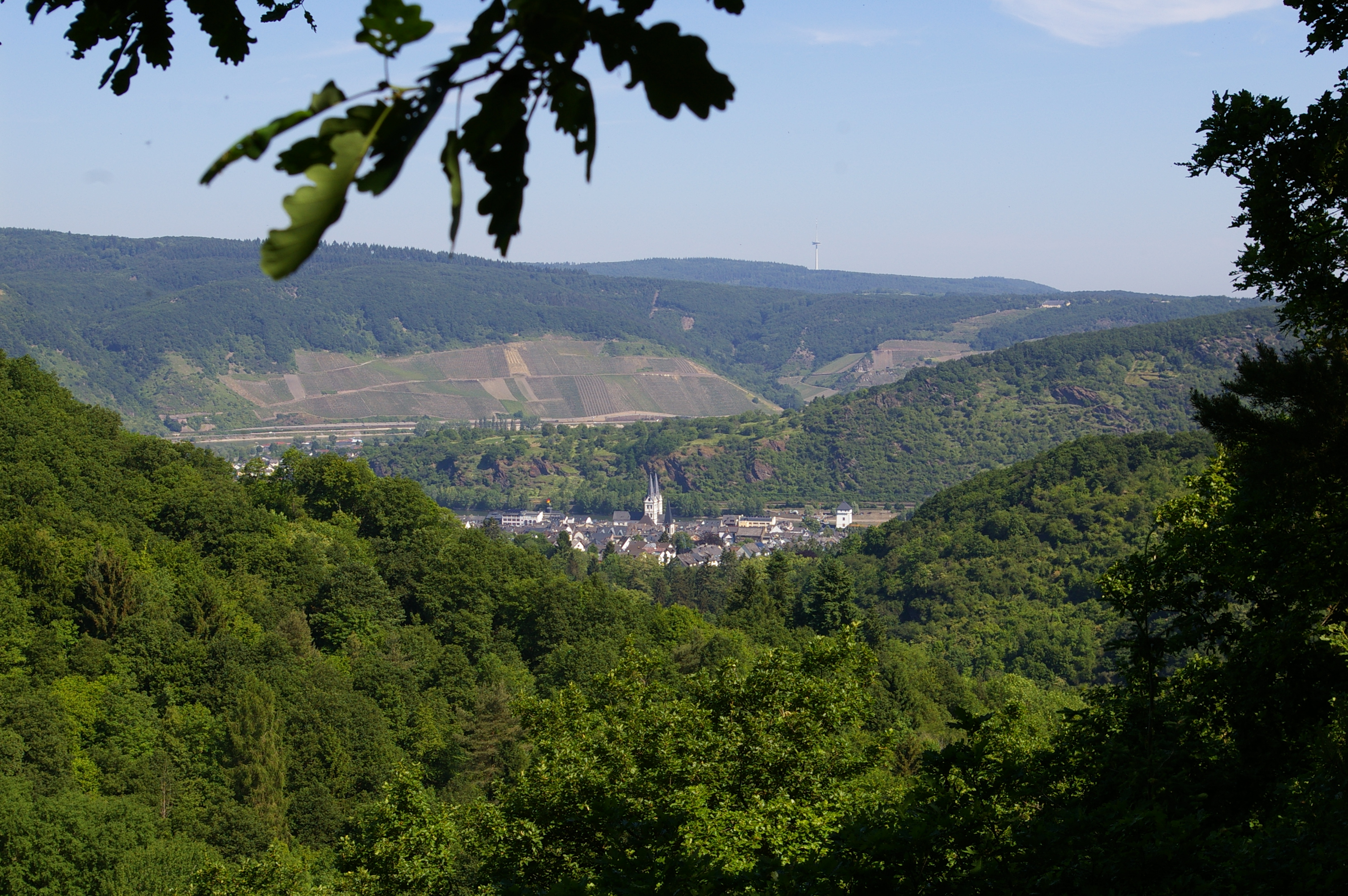