Boppard is situated on the 120 km long cyling path, which runs along the Rhine on both banks from north to south. Everywhere along the route there are numerous attractions to be discovered. Roman roots and the myths of the Middle Ages meet up with Rhine romanticism and river history. On both routes, the cyclist can capture the most beautiful highlights of the romantic Rhine and you will always be tempted to make a stop and linger. Another speciality of cyling on the Rhine is the abundance of boat trips on offer. You can “hop on and hop off” at the towns along the Rhine. You are spoilt for choice. On top of that, there many cycling paths, coming from the side valleys, which join the paths on the banks of the Rhine. On the left banks of the Rhine. the cycle path goes all the way from Bingen to Koblenz and is a very easy path to follow: sometimes passing through towns and promenades, sometimes as an independent path alongside the road. A cycling trip along the Rhine is one of the most pleasant ways to discover the Middle Rhine with its scenery and history. 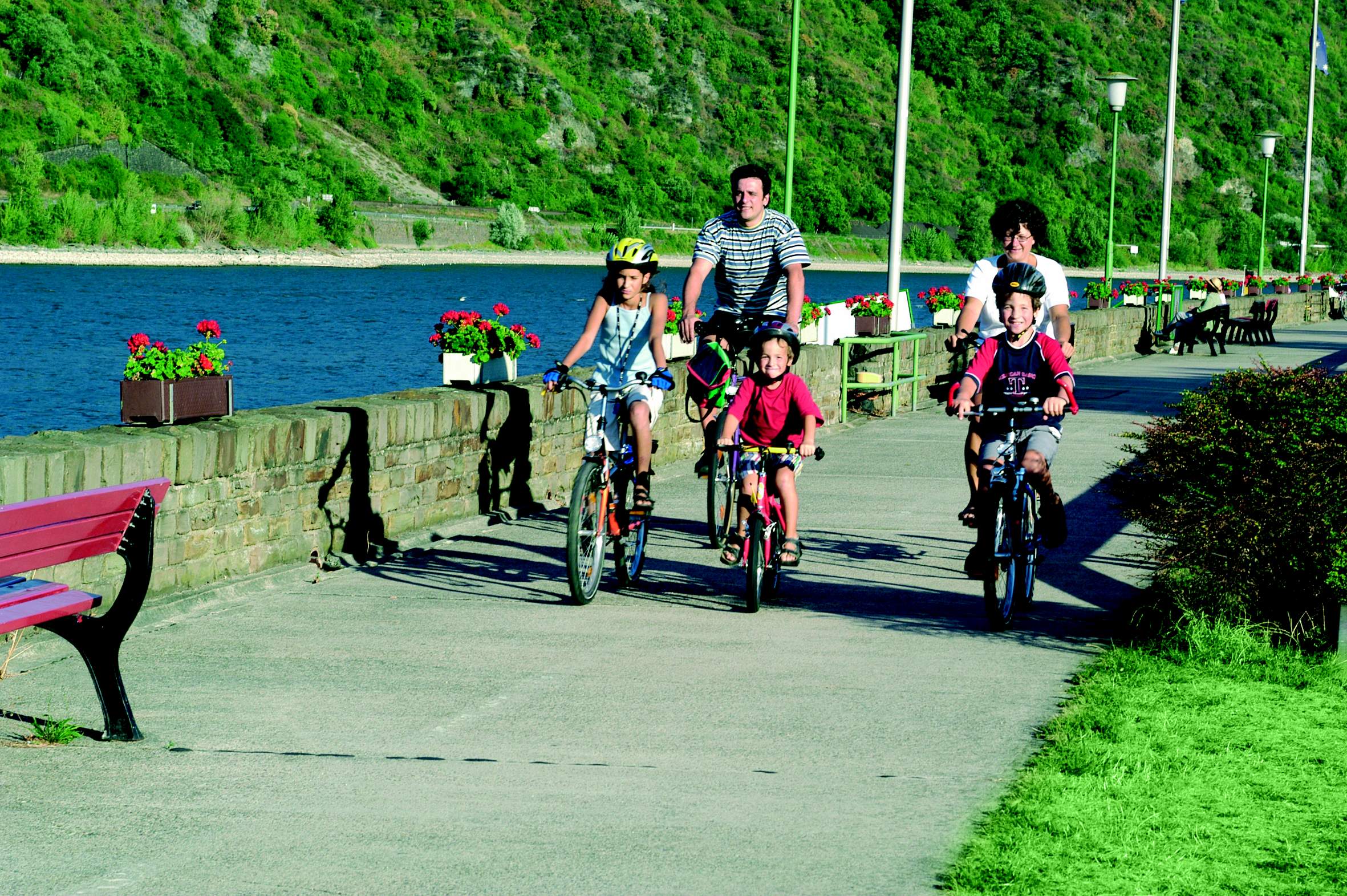 Cycling On The Rhine

Further information on cyling routes in the area (Schinderhannes route etc.) is available at the Tourist Information.